Today we talk to popular South African politician , writer and academic about his views on the Arts in a post-covid South Africa

haven't started today like we have a very cool yesterday really looking forward to it like very exciting. And as you know, backup on last week's episode, thanks thanks for coming through last episode was actually quite emotional. I know from recording because we spoke about so many so many different things. So pick up my brother for coming through for that also that was that was that was really good. And yeah man uh you know we always got a little bit of brings up please like subscribe and comment to this channel. It's on YouTube. And our Facebook page is actually up and running now we got I fixed it up the other day proper proper. We are certainly looking pretty good. And yeah,

check it out. And also, thank you for everybody who's following the page. We're really grateful and yeah, last week's episode, I mean, it was about poetry. We had to get emotional. So that's, that's what it was. And today we are joined by our brother boy to endear him to Tamar. And I don't know how to introduce him, but I don't think he needs an introduction really. But what I know is he's not like a politician. So I'm dealing with very happy that you are joining us and I think there's a lot of reasons why. You know, we considered you as a guest you know, because we miss you. We haven't seen each other in a while. Um, you know how long back we go like we met in Soweto. Ativ rebels and you know, you've always been the Yeah, it was interesting, obviously, but like, we love you and you pushing this like love narrative and

black love. Like excellent excellence black love. Yeah, yeah. So hashtag just that. Yeah, remember to use that as that. And we actually can, we'll make another thing now we're going to

it is necessary and nobody epitomises that more than the brother. So firstly, how are you doing? I see you in your car. You're driving some? Yeah, yeah. Are

you on the road? Actually

on the road somewhere? Yeah. How are you? Feeling? Yes. Good, good sense for the direction. As I'm on my way to my mom, she's not. Yeah, I'm glad to be here to talk to you both I haven't seen in a long time. My brother and my sister.

I give Thanksgiving and thanks for coming to this platform. And so, you know, like, this is a we talk, you know, we talk a lot of black excellence, we talk a lot of processes behind art. And creatives, we interested in meeting that the processes behind why somebody's doing what they're doing. You also talking a lot about entrepreneurship. And like we actually in an interesting space now in this post pandemic world, where entrepreneurship and titles and Tech has really become quite a quite a quite quite integral part of our lives. You know? So rather like before, like just so you guys get to know you like, can you just give us a brief little bit about yourself, Where you from, and that type of thing. And from day we'll just unpack everything and we'll just just run for it for somebody if they going on if they if they if they get on Google and they and then it's your Wikipedia page. What would you like them to

read about yourself? And I was born and raised on a farm. In fact, I'm number of farms. So I'm a farm boy at basic given high position of control, the very thing is a positive. They keep on looking backwards to x, y white abridgement. So somebody like myself? I mean, you know, it's been three times. Yeah, I think the way I bent me so much happens when they invited. So there is a little random nature

on the kind of work that I do and what effect am declarative persona and contact institutions have in, like the liberal universities. And this is very interesting, because there was a time

point about four? Point spawned off? Yeah. Yeah, yes, it is. It is a it is a strange thing, because there was a time I was there. I used to be invited to conferences and all that stuff. Because they did not yet understand where my project was going. He thought that I was just criticising the ANC and to the extent that I was to say to the ANC government, so that I was on the other side, you know, a critique of the ANC is just translated and actually moving towards cutting whiteness. The ANC is just the bodyguard of the white project. So my fight to the ANC second that he will fight

Is the station of the Federation stay rebellious and connection mess and often displaying the abnormalities of the post colonial decay decay of theology of culture, decay of self identity and identity. And that ridiculousness is really in my view, a expression of degeneration of people the idea generated rated people not have a value system, not have an agenda, don't give our children hope and guidance really, in raising themselves up in the world is antiplaque that is why they stopped them. Now open drugs in this kind of antisocial if you'd like a game, because smart amongst them, that sheer sense that future here and this way to check out, just wanted to check out and I mean, so we need to

ask is as this would with the cause, you know, when you know, forgotten Jeanette, I'm just thinking also, how like the music team is playing a huge role in in their lives like music is almost prescribing the lifestyle.

genre that. Candles In the shallowness of the scene today, there's no consciousness. There's no can't have to ask the question in society, in the old traditions of people like to park and then

we are sitting. cultural expressions always reflect Western societies and society is almost 30 years of the ANC degenerate liberation movement, crisis driven. He came literally unable to answer the problems of our people. It's a crisis driven in crisis creating Black Lives, crisis mode in perpetuity, even those of us who are employed within five days, that salary is gone. It was too you know, scrambling and so on it those who are unemployed, this kind of essence of existence find expression also the cultural spaces, and he'll also in the production of I mean, imagine most of the money goes to publishers to the distributors to a simply a small, highly exploited. That's it. That is why South Africa is a writer is very difficult living from writing only a few white high tech writers and make a living out of also the simulation simulation of their worlds in South Africa. Because that's late, I mean, writers are slaves, you technological forms allows us the possibility to control juice as it were, and what we need to find each with those who are advanced in the same you know, technological base, producers works, you must work together. So that we control the value chain production of words. Distribution, oh works can be done today,

it can be done, it can be it can be done, can be done and like on this platform, my brother, thank you for saying that. Firstly, thank you for saying that. Yeah, like, yeah, so, I just wanted to make this, this, this point, because of a technical thing here as well. So I'm gonna make this point. And then we take it, you know, because what I'd like to unpack in the next segment is how to, because that's what we're doing, we entrepreneurs as well. And we're developing an app exactly, to do that very same thing, like our app is, is data driven. So we're very interested in not data mining, I and I don't have the energy or the capital for that shit. But we are we interested in capturing data, analysing it, and developing strategies now, and when we are developing a platform to do this, and the podcast is part of that, because a part of the podcast is independent media. So we control the narrative, and we curate it. So we can have people like yourself and you know, we can pick and you know, this has no boundaries and so forth and so forth. So so so this medium is actually part of it. So just for the listeners, man, because of this,

this app that we are that

we just want to sort of wrap up this segment of it. And in the next like however many minutes because we don't have a time limit, it'll be interesting to unpack like how do you believe we go about this? How do we how do we organise because we have a few ideas ourselves and most of that is working motion

Because because I find it easier that the digital space is much easier is to tu tu tu tu tu tu tu tu to get like minded people. And we can use these tools, Mark Zuckerberg and all the Silicon Valley we have tools to do that. So it'll it'll be it'll be cool because we can affect that definitely,

definitely call the you know, as you're talking I'm thinking do we even have a reading Calendar reader? Do we have customers first like and how do we get customers to buy our own thing because it's possible because being that we have but you

can sell anything online like like like even even even with without thinking you're thinking about cycle about some brand that pushed on there and those things we can manipulate especially now it's not we have 5g Well, we still early days in terms that which I think that's why why black people should get up on it like ASAP and yeah. So so so thank you for speaking to that. So we can we can wrap up here and you okay, my brother, I'm gonna send you the link to email

Next Episode All Episodes Previous Episode 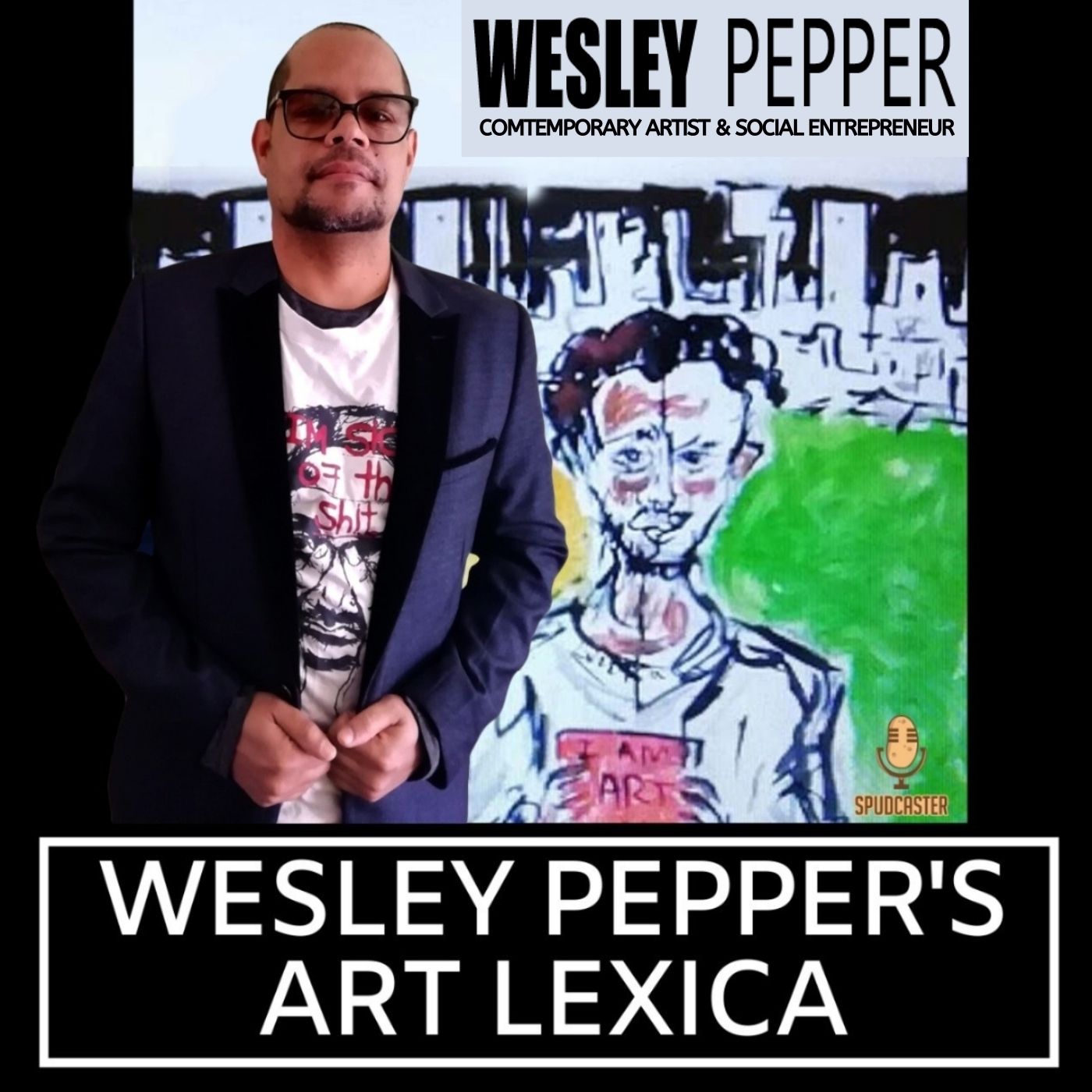 Wesley Pepper's Art Lexica
This is a show where we talk art and art processes. It's typically an interview format, where we talk to different artists about their journey. 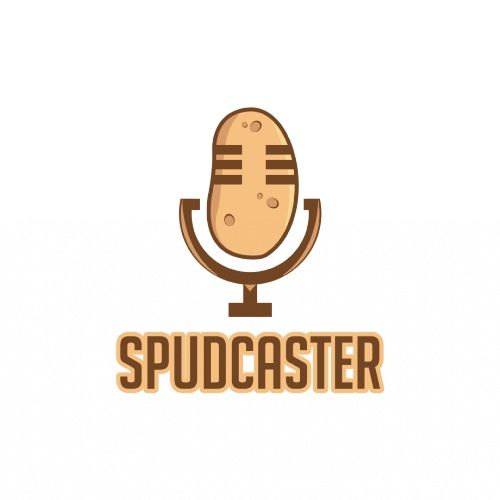